The Irish Whale and Dolphin Group are dedicated to the conservation and better understanding of cetaceans (whales, dolphins and porpoise) in Irish waters. The Group was founded in 1990 to establish an Irish stranding and sighting scheme and to campaign for the declaration of Irish territorial waters as a whale and dolphin sanctuary. Just one year later in June 1991 the Irish Government declared all Irish waters to be a whale and dolphin sanctuary… the first of its kind in Europe.

Our main mission is to:
1. Make the Irish Whale and Dolphin Sanctuary effective in the conservation of all cetaceans that either live in, or migrate through Irish waters.
2. Work in co-operation with industry, fishermen and other groups whose interests may sometimes conflict with those of cetacean conservation.
3. Work with the general public, to highlight the fact that Ireland is one of the best locations in the world to see cetaceans and to stress the need to conserve our cetaceans.
4. Encourage and promote responsible whale-watching in Ireland.
5. Educate coastal communities in how to recognise cetacean species that strand along their coasts and what they can do in the event of a live stranding.
6. Support and conduct research into cetacean ecology and conservation in Ireland, aiding and working alongside universities, government agencies and other research groups.[/tab][tab]In order to fulfil these goals we take on a number of research projects such as monitoring, carrying out expeditions and ship surveys.
To keep up to date with the latest whale and dolphin sightings around the country, we have a sighting scheme which includes all validated sighting reports from around the Irish coast in the past 20 years. The IWDG run two sightings schemes where we ask IWDG members, general public and researchers to help us by reporting their observations.
There are also a range of events throughout the year such as whale watching. 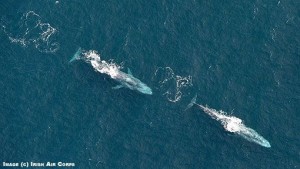 [/tab][tab]The IWDG relies on its members for support both financial and in terms of expertise and advice. We currently have around 800 members but hope to increase this substantially in the next few years. Sign-up as a member or make a donation here!
Click here to report a sighting or to make an enquiry.